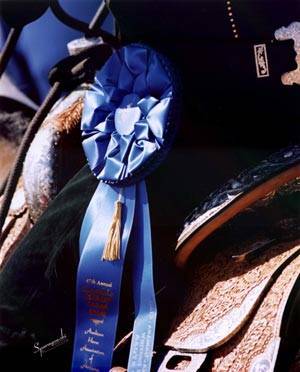 After the show's beginnings at the Arizona Biltmore, Ann McCormick bought 150 acres in Scottsdale and made it into the horse facility known as Paradise Park which served the needs of the show for many years.

Since that time, the show has been held at Westworld in Scottsdale. It has grown from 50 horses to over 2000 horses bringing top owners, trainers and breeders from around the world competing for a chance at winning. A win at Scottsdale can mean big money in the breeding barns.

The sponsoring organization, the Arabian Horse Association of Arizona, was incorporated in 1955. There were about twelve members when it began and it has grown to over 450 members. As our association has grown so has our annual show. Even though our show is our focal point, our members are active in other ways, representing us on boards and committees at national levels. Many of our members have become judges and stewards and have encouraged our youth to become involved with the horse show as well as other activities. This competition permits them to win Educational Scholarships.

We are very proud of our members and their accomplishments. Through them, as well as other participants and sponsors, our show will continue to grow and offer enjoyment to visitors as well as our own Arizona residents.