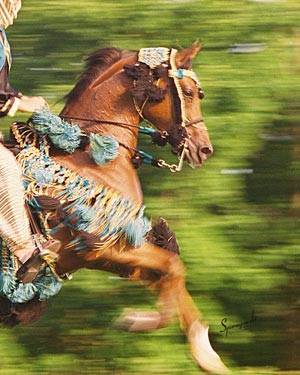 Something irresistible was attracting out-of-towners to the Valley of the Sun long before the mountains, lakes or rivers there even had names. Like so many things, just how long before is open to debate. According to Archbishop James Ussher, prelate of Ireland, the world was created on Saturday, October 9, 4004 B.C.E. Archaeologists and geologists have since taken issue with Ussher's calculations, technology's having advanced considerably since 1654. Despite Ussher's fervent insistence to the contrary, estimates now have Homo sapiens wandering into the valley in search of big game sometime between 10,000 and 14,000 years ago. Those ancient travelers' Ice Age quarry included camels, mammoths, giant ground sloths, and horses.

Before long, climatic changes brought about the disappearance of horses and other big game from what would come to be called the Greater Phoenix area. The saber-toothed cat that hunted them luckily disappeared, as well. Homo sapiens stuck around, however. Fortunately, we long ago discovered that the horse made a better companion and partner in work and play than he did a dinner table main course. We also discovered that the Arabian horse, the world's oldest purebred animal, and the second animal (after the dog) to be domesticated, made a finer companion and partner in work and leisure than any of the other, later-developed breeds. By the mid-20th Century, Arizona Arabian horse fanciers had begun to think that the Valley of the Sun might just make an ideal place to showcase their favorite breed to the rest of the world.

"In 1952," remembered Scottsdale resident Dorothy Clyde Long 45 years later, "Ed Tweed stopped by my stable and announced that he was going to get everybody in Arizona who had Arabian horses together, to start and Arabian Horse Association of Arizona. We held our first organizational meeting at Tweed's, where we drew up rules and regulations, and elected our first officers. Ed Tweed became president, I became secretary-treasurer, and dues were set at a dollar a month."

Tweed, who established Brusally Ranch in north Scottsdale on land he bought for $60 an acre, brought Arabian horses with him from Chicago. Many of the Brusally Arabians garnered national championships with Tweed's granddaughter, Shelley Groom Trevor, who still lives in 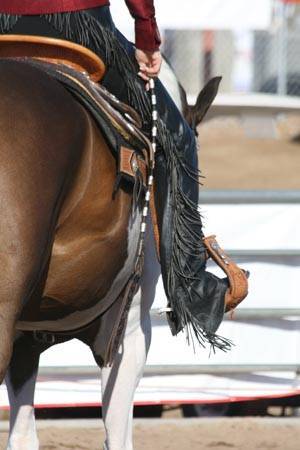 Scottsdale. "In addition to Ed Tweed and myself," continued Dorothy Long, "among the dozen or so of us who came to that first meeting were Harold Daugherty, Tweed's horse trainer at that time, and Harold's wife, Florence. Deedie Wrigley and her parents, Mr. and Mrs. Phillip Wrigley, Joe Dawkins, who was Wrigley's trainer, Ann McCormick, Mr. and Mrs. Harold Adams, and Hal and Arlene Clay soon joined our fledgling club."

Two years later, longtime Scottsdale resident Bud Adams, who was then president of the New Mexico Arabian Horse Club, got a telephone call from a California Arabian breeder. "The Arizona club is putting on a horse show," E.E. Hurlbutt told Adams. "It's going to be held at the Arizona Biltmore Hotel, in Scottsdale. Come, and bring horses!" Bud and Louise Adams brought not only their own, but a trailer full of other New Mexico breeders' Arabian horses. The Wrigley family's horses, which were kept on Santa Catalina Island, were shipped by barge to Long Beach harbor, then trucked to Arizona for the horse show.

The late Scottsdale entrepreneur Tom Chauncey had also fallen under the spell of Arabian horses. "That first show was all volunteer," he told this interviewer in 1995. "The club's families put up the food and did everything. The Scottsdale All-Arabian Show was a first class show from Day One: the place to go to see beautiful Arabian horses."

Brusally Ranch trainer Charlie Carter first attended the Scottsdale Show in 1959. Charlie managed the Scottsdale All-Arabian Horse Show in the 1970s and early 1980s. It was he who showed his boss's stallion, *Orzel, a race horse Tweed had imported from Poland, to the 1970 Stallion Halter Championship, the first year the ever-growing show was held at the Bell Road location. By the early1980s, Arabian horse owners and breeders from all over the world were flocking to Scottsdale's February Arabian horse show with their finest quality animals. What had begun as a modest amateur undertaking in 1955 burgeoned into an enormous extravaganza: the largest, most prestigious Arabian horse show in the world. 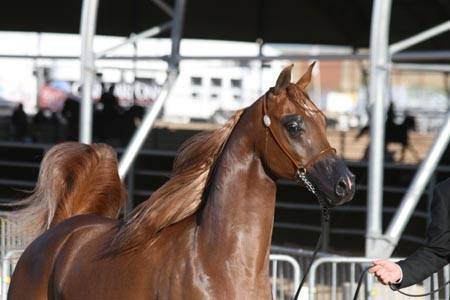 The event now had clearly outgrown the Bell Road location. Fortunately, a few blocks east of Scottsdale Road, developers were creating WestWorld, a much larger facility that proved to be ideal for the Scottsdale All-Arabian Show. Since the mid-1980s, West World's multiple show rings, convenient parking for spectators and exhibitors alike, comfortable stabling and easy access have contributed to this unique show's continued growth and prestige. Arabian horse owners from all 50 states and more than a dozen countries around the world bring their very best to compete in the 10-day festival. In 2003, more than 2,000 entries will be competing for over $275,000 in prize monies. As a charitable function, the show has contributed millions of dollars over the years to worthy causes local and nationwide. Proceeds from the 48th Annual Scottsdale All-Arabian Horse Show will benefit the March of Dimes, the Make-A-Wish Foundation, and Phoenix Children's Hospital.

In addition to all the buying, selling, wheeling, dealing and celebrating that take place on the West World show grounds and local Arabian ranches, the Arabian horse public outspends other area visitors two to one. The Scottsdale All-Arabian Horse Show brings in excess of $33 million to the local economy during its ten-day stint. Among of the show's many benefits are the fact that not only are the Arabian horses showcased. Everything about the Greater Phoenix area, from Pinnacle Peak to Casa Grande and points east and west, appears in its most favorable light - and we do mean light. It may well be that one of the qualities that has made the Valley of the Sun irresistible to out-of-towners all these years is its inimitable sunshine. Certainly, watching beautiful Arabian horses perform in the bright, clear Arizona sunshine has to be one of life's great gifts.

"The Scottsdale Show is unlike any other," California exhibitor Diane Powers told the Arabian Horse Times magazine after last year's gala. "It possesses a unique excitement and energy level created not only by the sheer number of entries, but by the quality of competitors in each class, by the variety of disciplines competing in three or more show arenas, and by all the special events. Whether you are an exhibitor, showing, or a spectator, cheering on your class favorite, every aspect of the show is exciting.