Understanding the Different Performance Disciplines at the Scottsdale Show 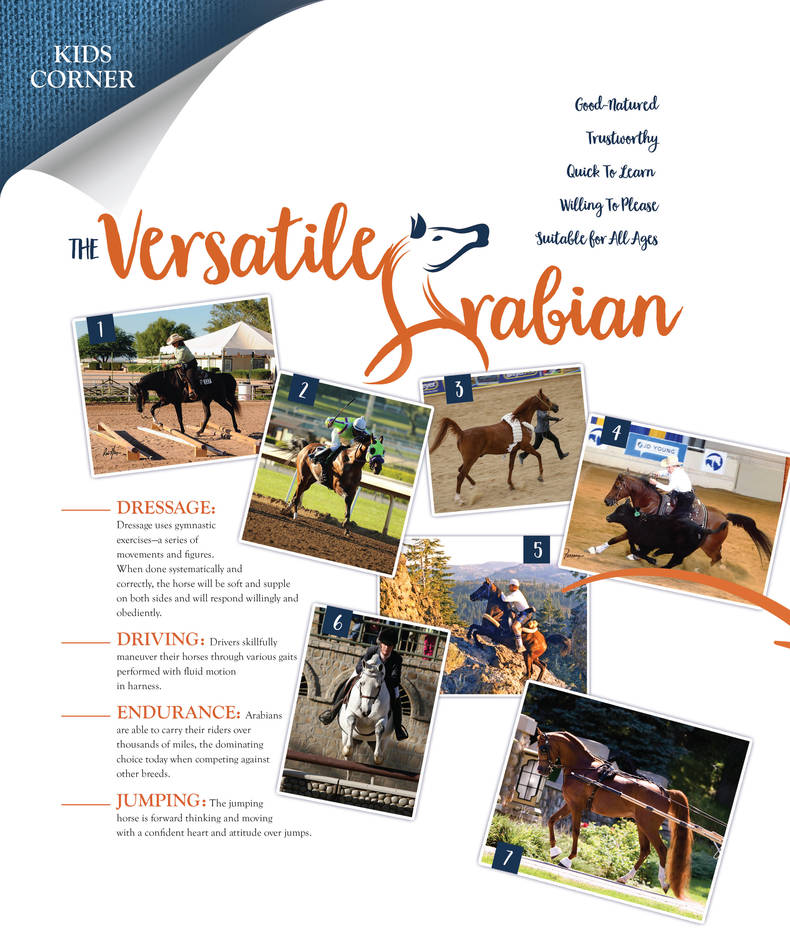 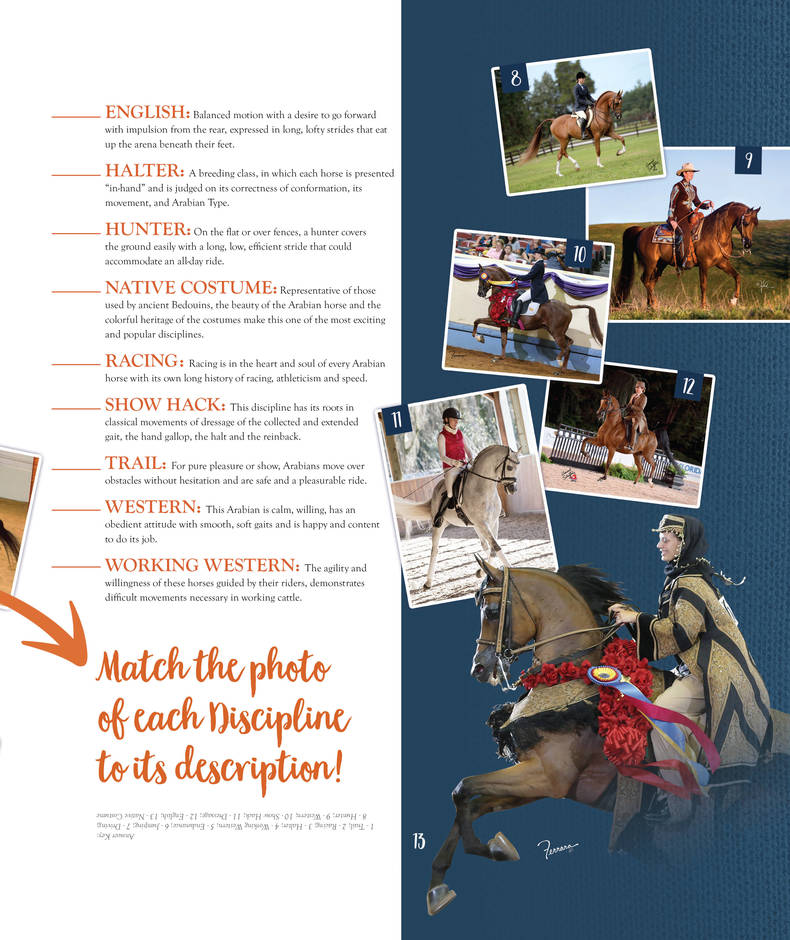 The Arabian - Throughout history this unique breed has kept its legend alive.

The Arabian horse has had a strong presence throughout much of recorded history, with rulers, nomads, and prophets all proclaiming their admiration for the breed. Today, the Arabian’s beauty, confirmation and history still inspire horsemen all over the world.

Description
A subject of more equine are than any other breed and admired worldwide for his beauty and athleticism, the Arabian horse is so distinctive that most horsemen can easily pick him from a herd. Attributes include a dished face, large, black expressive eyes set wide apart; arched neck with a clean throatlatch; short, back (often, Arabians have one less vertebrae than other breeds); high tail carriage; and a light, easy way of going. The average Arabian stand 15 hands at the withers and weighs 1,000 pounds. 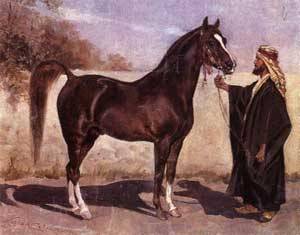 History
The Arabian is the oldest purebred in the world and foundation horse for many modern light breeds including the Thoroughbred, Quarter Horse, Morgan, and American Saddlebred. Written documentation from more than 3,000 years ago verifies that the Arabian horse is essentially the same today as it was then.

As Christianity spread across the globe, so did the Arabian. The first Arabian horse in the United States belonged to George Washington, who crossbred his Arabian stallion with cavalry mounts to strengthen the military.

Half-Arabians are also popular and eligible for registration and competition. There are as many combinations as breeds of horses. The Half-Arabian cross of Arabian and Thoroughbred, the Anglo-Arabian, is more prevalent in Europe than the United States and has its own history. During pre-colonial conquests by the British Empire, Arabian horses found their way to English shores as spoils of war. They were crossed with native stock and eventually produced the English blood horse, forerunner of the aristocratic English Thoroughbred.

Traits
The Bedouins, ruthlessly selective in their breeding programs, put the greatest emphasis on performance and allowed only the finest horses to reproduce. Stamina, soundness, speed, disposition, and loyalty were paramount.

Structurally, the Arabian horse “type” is as functional as it is attractive. The short, dished head and flaring nostrils allow for maximum oxygen intake. The large trachea allows for more lung capacity. The shield-like bulge between the eyes, the jibbah, is said to allow for greater brain capacity. An arched neck keeps the windpipe defined and clear to carry air to the lungs. A shorter, stronger back allows Arabians to carry substantial weight in comfort. The Arabian has plenty of room for lung expansion because of well-sprung ribs and a deep chest cavity. His strong, resilient legs with dense, compact bones are free of most lameness problems, and his lighter muscling readily dissipates heat and lactic acid.

Arabian horses were bred to perform under harsh desert conditions and keep going beyond the point of exhaustion. This has given the breed incredible stamina and courage. The Arabian horse is also recognized as being intelligent and easy to train. Centuries of close interaction with people has given the Arabian an innate ability to bond with humans, as well as a friendly, loyal disposition, marked by a desire to please. Arabians possess a long memory, quick comprehension, alert curiosity, resourcefulness, and sociability. They consistently outlive other breeds reaching their prime at 20, with many living well past 30.

Uses
The Arabian horse shines in distance riding, with the best completing 100-mile races in less than 10 hours. The American Endurance Ride Conference estimates that well over 70 percent of their members ride Arabian horses exclusively. This number is estimated to be closer to 90 percent when part-Arabian horses are considered.

The breed is also well suited for showing in both western and English disciplines and excels in events that use its agility and athleticism. Arabian racing on the track is becoming more and more popular.

Challenges
One of the biggest challenges the Arabian horse industry faces is overcoming a negative perception held by some. Critics tend to consider Arabians too expensive and “flighty”, pretty but not useful. The perception of the pricey Arabian is a holdover from the inflated prices of the 1980’s. The price tag on an Arabian horse today is competitive with other breeds and, like any breed, reflects pedigree, training, appearance, and experience. The attributes that are most desirable, or “typey”, not only give the breed beauty, but also make the Arabian a gifted athlete.

With more than 400 shows and distance riding competitions annually, many opportunities are available for youth, amateur, and open riders and Arabian horses. Riders can also earn awards for recreationally riding. With 275 affiliate clubs across the United States and Canada, IAHA provides a network of horse owners and breeders throughout 16 geographic regions. Youth membership in the International Arabian Horse Association numbers approximately 18 percent of AIAHA total membership. For show ring performers, the Arabian horse industry pays more prize money than any other breed. More than $4 million is available annually at national and regional horse shows, distance rides, and races.

AHA produces three national shows each year, one exclusive to youth, as well as two national distance rides. Youth are eligible for scholarships totaling more than $100,000 each year, as well as youth achievement awards, judging competition awards, leadership opportunities, and a voice in the Arabian horse industry at the annual youth convention. 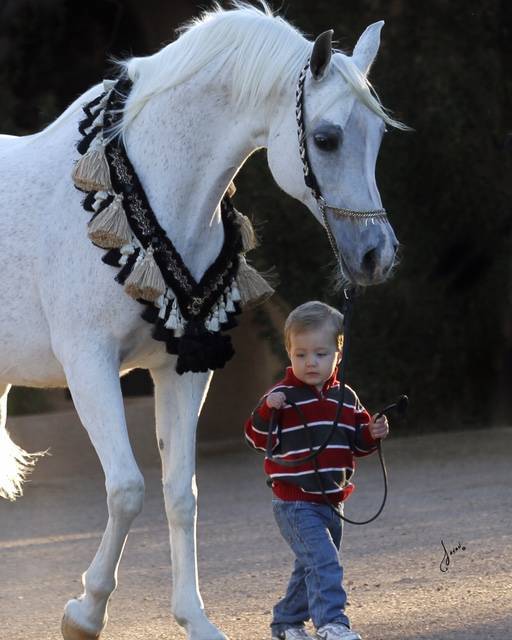 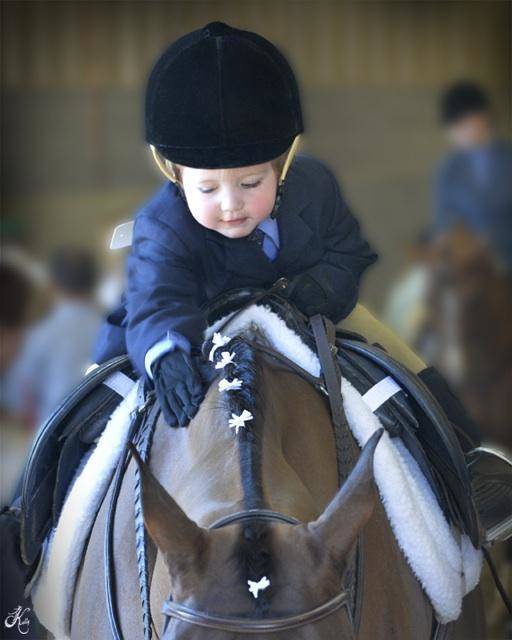